It has been a long year plus since I had last updated my blog.   I apologize about that and plan to get this blog back on track to being active.
The primary reason behind my absence is due in part to life becoming very busy.  Between bouncing around jobs, raising two kids and going back to school,  I could't keep up with everything I once was pursuing, and unfortunately birding and blogging took a hit.
I have also picked up another hobby that I have been pursuing seriously for the last year and a half, and that is urban exploration.   That took the time I usually gave to birding.

But, I am back.  With a renewed passion!
Last year saw my dad and I enjoy our best Big Birding Weekend to date, and I will do a short update about that a little later on.  The Barr Lake Bird Fest was amazing as always and saw my dad and I have our best day of festival birding to date as well, as we saw 81 species. I have also upgraded all my camera gear, and that has given me renewed passion for photography, birding and making this blog active again.  When I left off, I was using a Canon Rebel t2i with a Canon 55-250mm lens, I have since upgraded to a Canon EOS 60D and just purchased the Sigma 150-500mm lens, which is an amazing bird photography set up.

KOUNTZE LAKE
After acquiring my new lens last Tuesday,  I decided that since I still had a couple hours to kill before school started that I would hit up Kountze Lake in Belmar and try out my new gear.  And talk about perfect.  The weather was beautiful, the birds were abundant and I was loving my lens.  The lake was FULL of Northern Shoveler. Mallard and Bufflehead. I was very happy to see the Bufflehead since they are one of my favorite birds.  Two pairs of Great Blue Heron had taken up residence in the trees on the island and are currently in the process of building their nests.  The cormorants have yet to show up, and I can't wait to shoot them on their nests as well.  Canada Geese had paired off and every 10 minutes or so a sudden outburst would be heard as two pairs would get to close to each other, thus initiating a who-can-be-the-most-obnoxious honking match.  I was pleasantly surprised to see a pair of Hooded Merganser working the lake.  At one point, the female surfaced with a crawfish and proceeded to smack it on the water and shake it violently.  Suddenly, she flung it through the air and snatched it up immediately after it landed.   My walk around the lake revealed a single Green-winged Teal who promptly took off after I managed a couple photos.  Amidst the mast throngs of shovelers, I found a couple Gadwall, a pair of Lesser Scaup a single Redhead and a single Common Goldeneye.  Black-capped Chickadees and a couple Blue Jays worked the trees, but there was little around in the way of non waterbirds.
The next day I returned to the lake as I again had a couple hours to kill before my classes started.  This time I settled down at the gazebo instead of walking the lake.  As before, the lake was dominated by shovelers.   The Bufflehead kept to the far water and were not being very cooperative with photos.   As I watched one Bufflehead preening, a shoveler accidentally bumped into him and the Bufflehead dove right on the top of the shocked shoveler.  I snapped off a photo but unfortunately it is too hard to tell what is in the photo.  The male Hooded Merganser made a surprise appearance much closer than he was the day before.  I thoroughly enjoyed watching him bathe and preen and was finally able to get some photos that I had only dreamed of getting before.  After the merganser finally tucked his bill under his wing, I got up and went to see what was at the smaller pond behind the gazebo.   That was one of the best decisions I have made in a while.  I was able to get some close up shots of a beautiful male Northern Shoveler and a gorgeous male Gadwall(yes, gorgeous, for even though they are very much a drab bird, they are handsome and the light was perfect.)  Suddenly,  a pair of Wood Ducks made an appearance.  Of all the ducks I had thought I'd see, they were not high on that list.  With gorgeous evening sunlight lighting them up,  I was able to shoot away and enjoy the Wood Ducks.  These were the best views and closest I have been to these beautiful ducks.  After a few minutes of showing off, they took flight and were on their way.  I decided to call it a day and head over to school.  The two days of birding at Kountze renewed a passion in me and left me with some amazing memories. 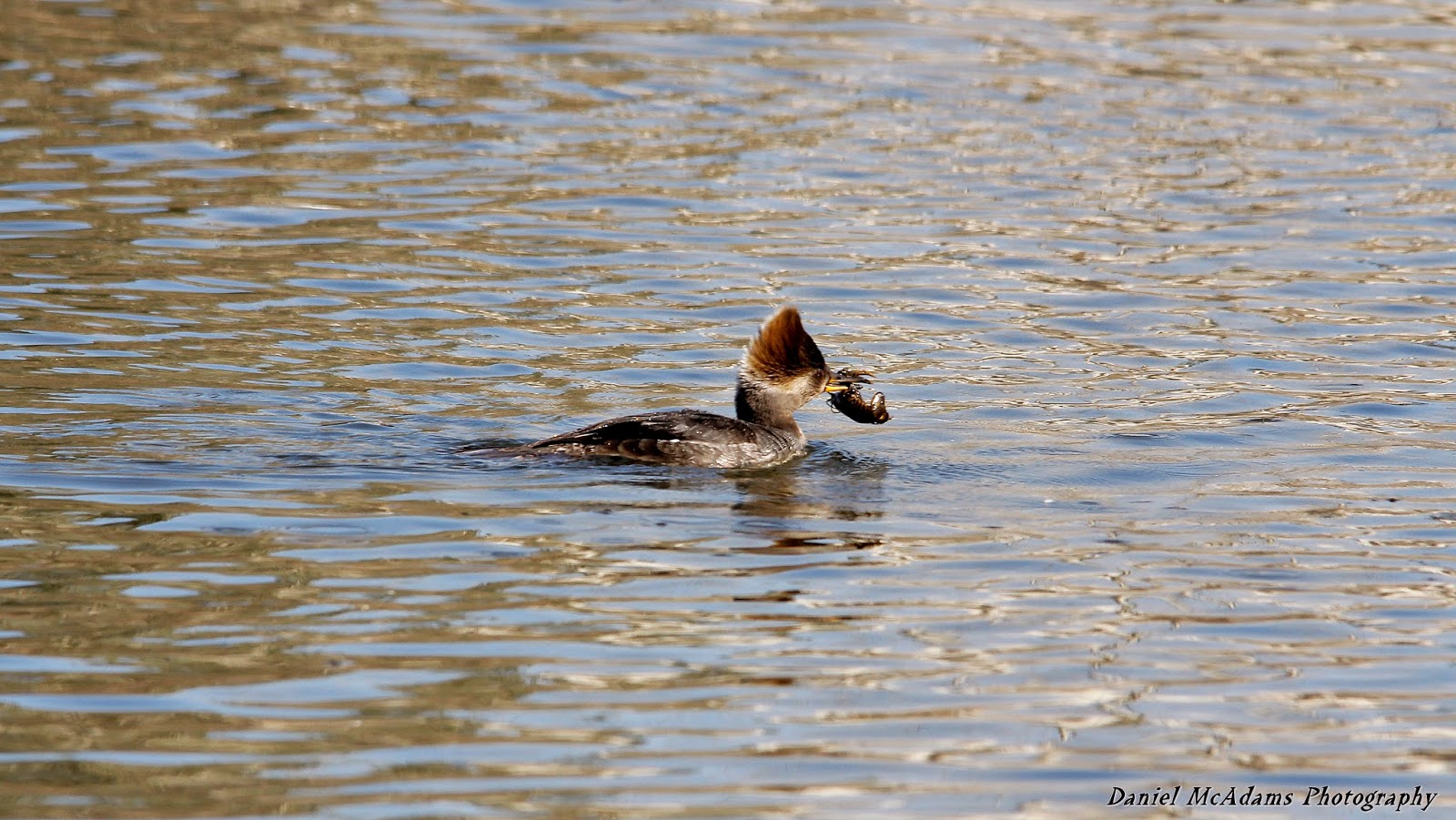 Female Hooded Merganser with her crawfish. 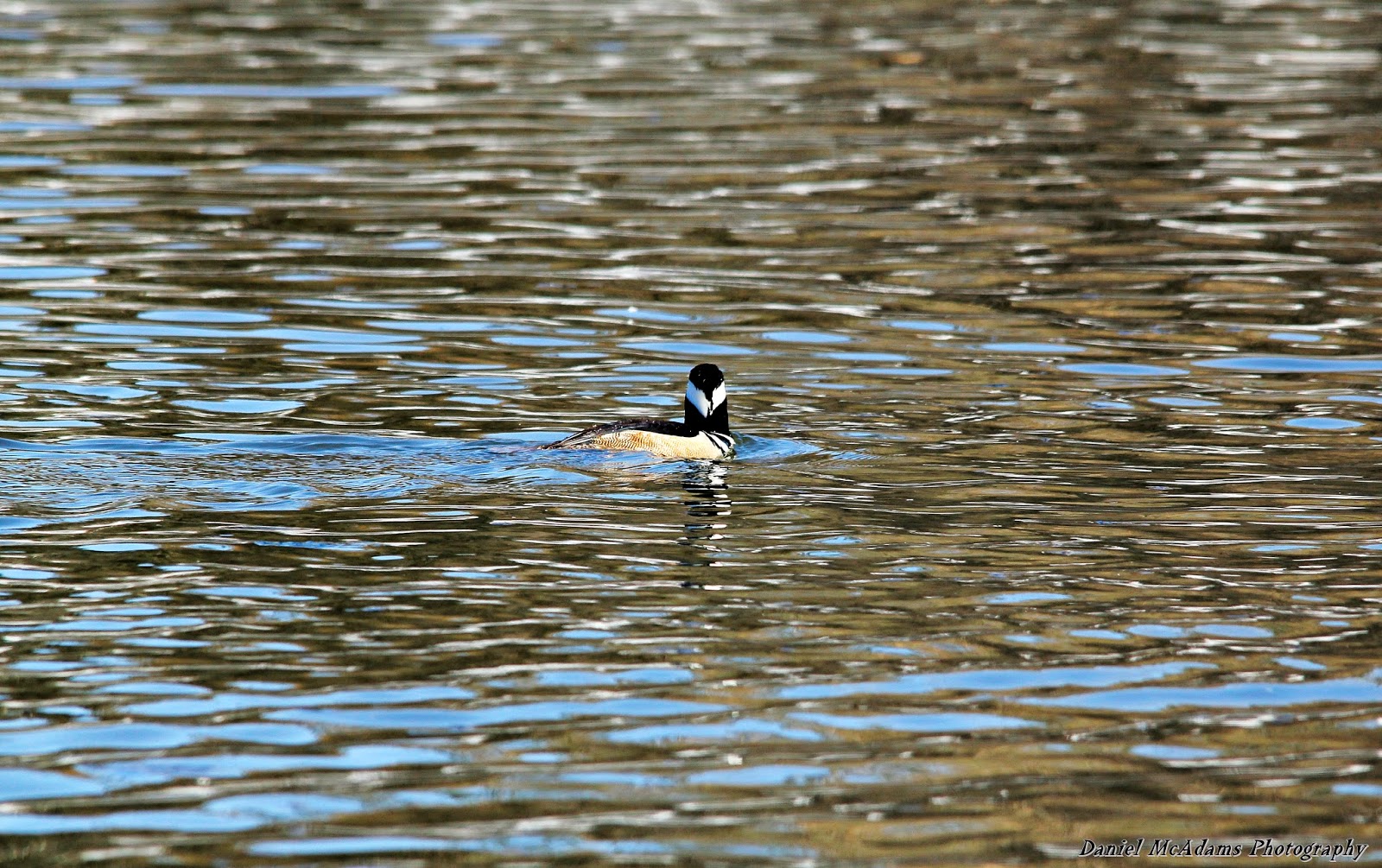 Back view of a male Hooded Merganser. 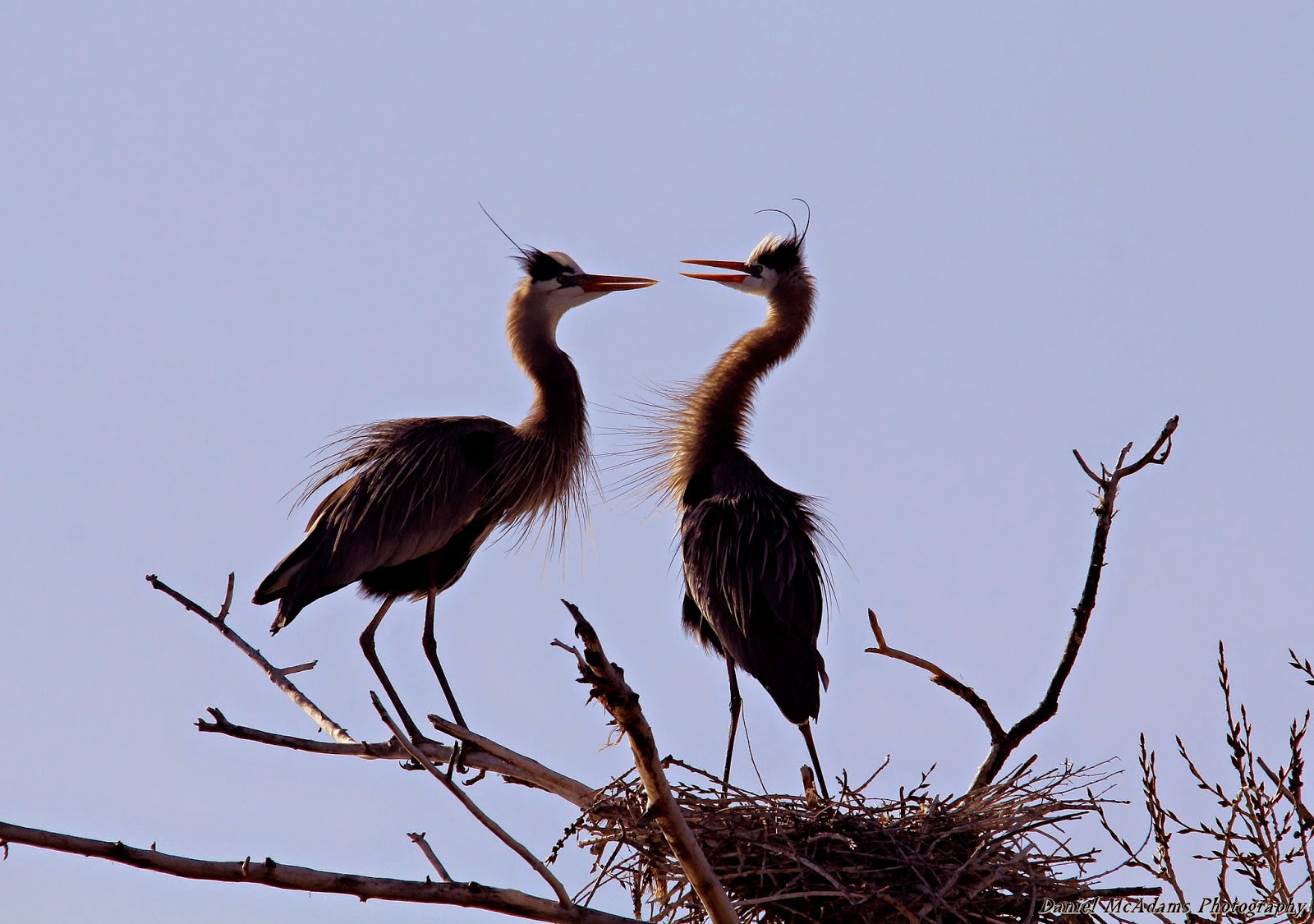 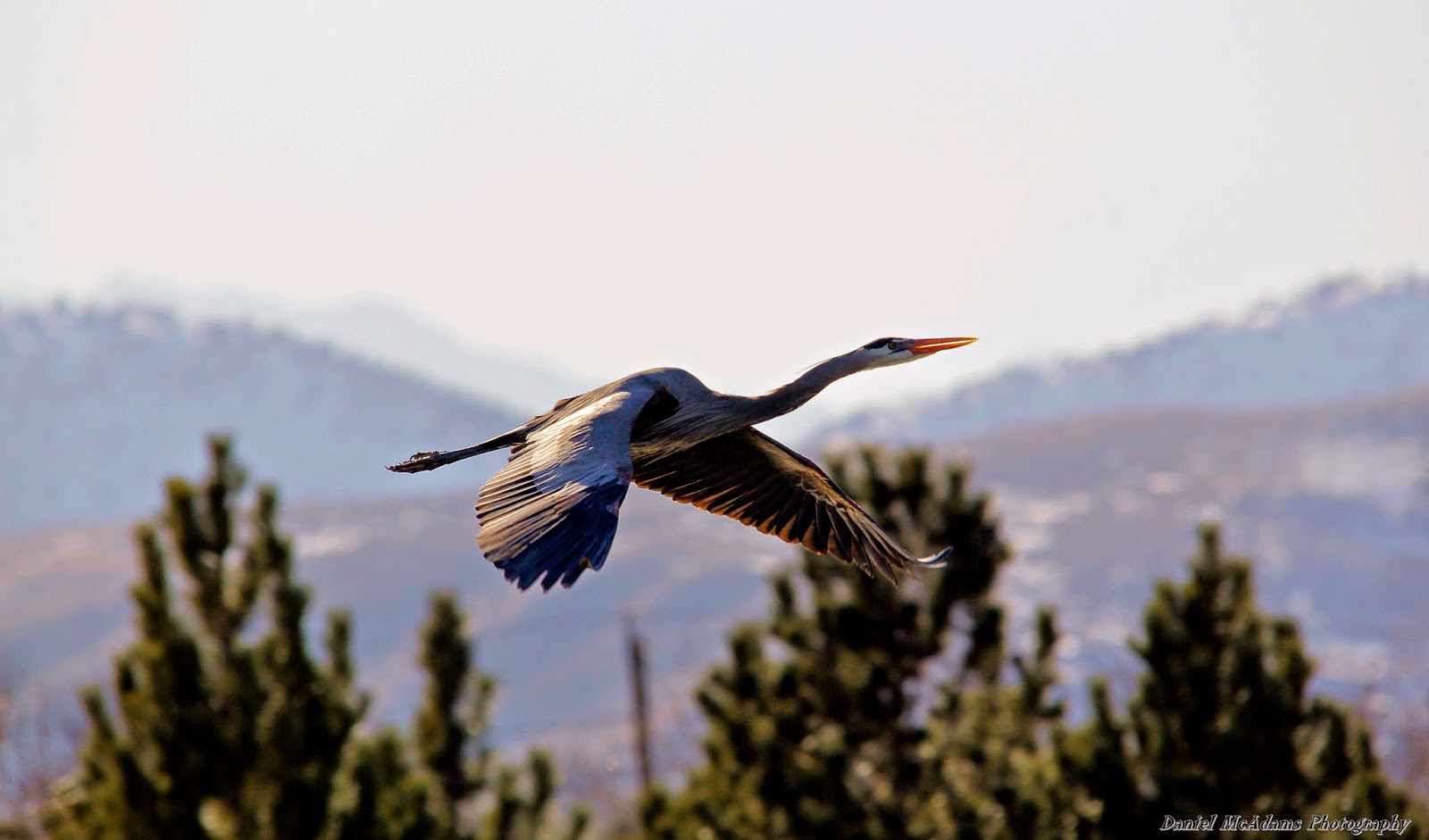 The Great Blue Herons of Kountze. 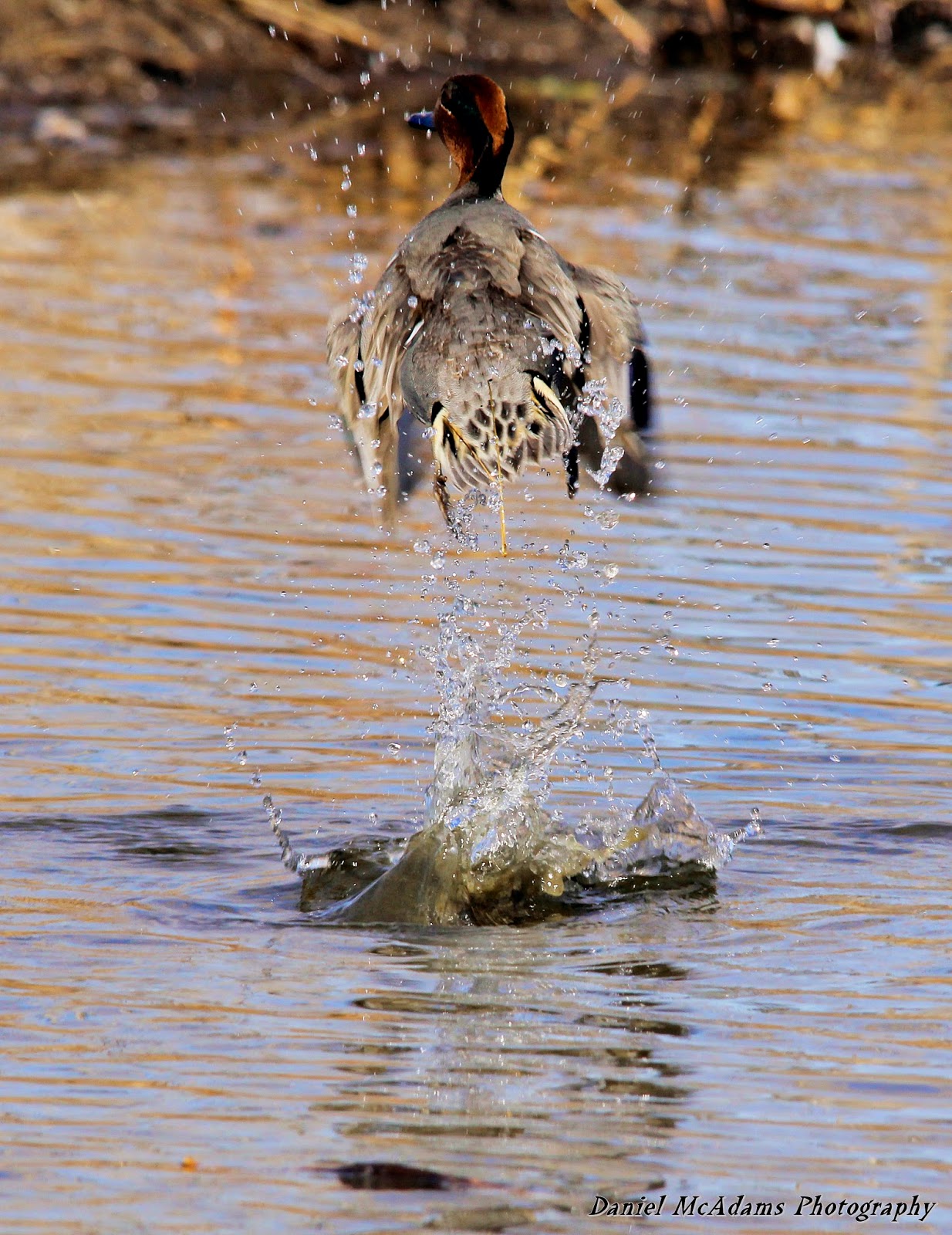 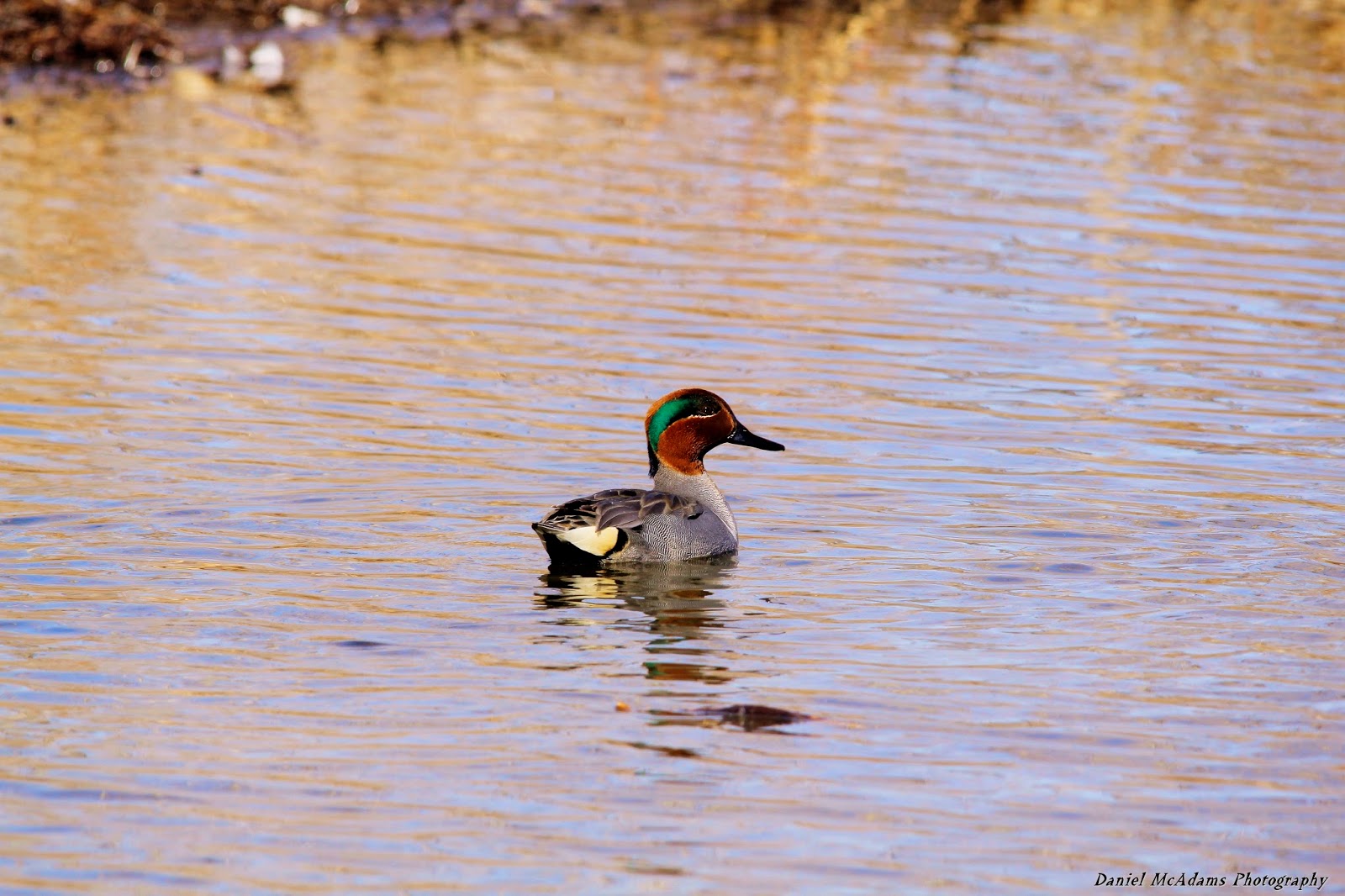 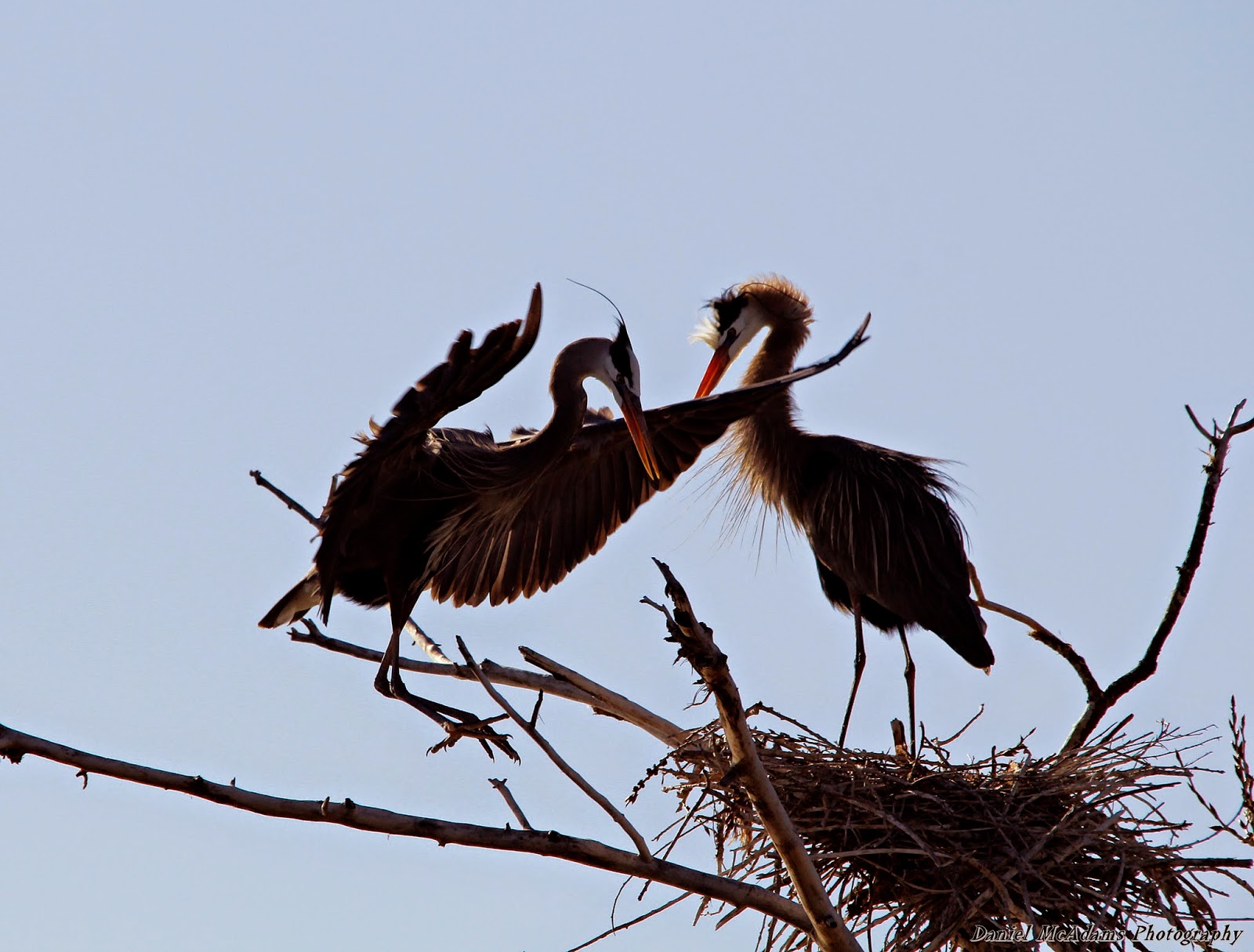 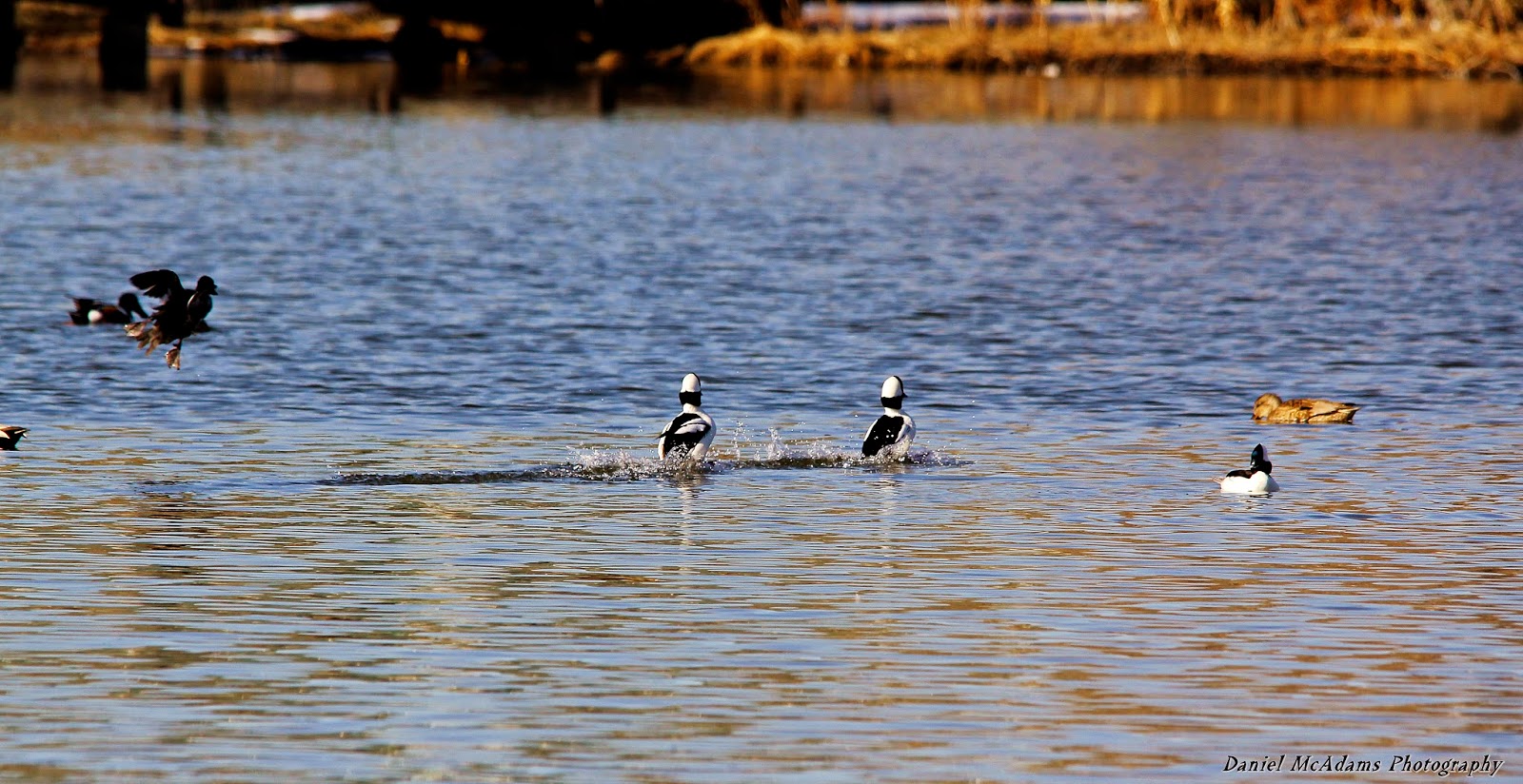 Two is better! A pair of male Bufflehead sliding in for a landing. 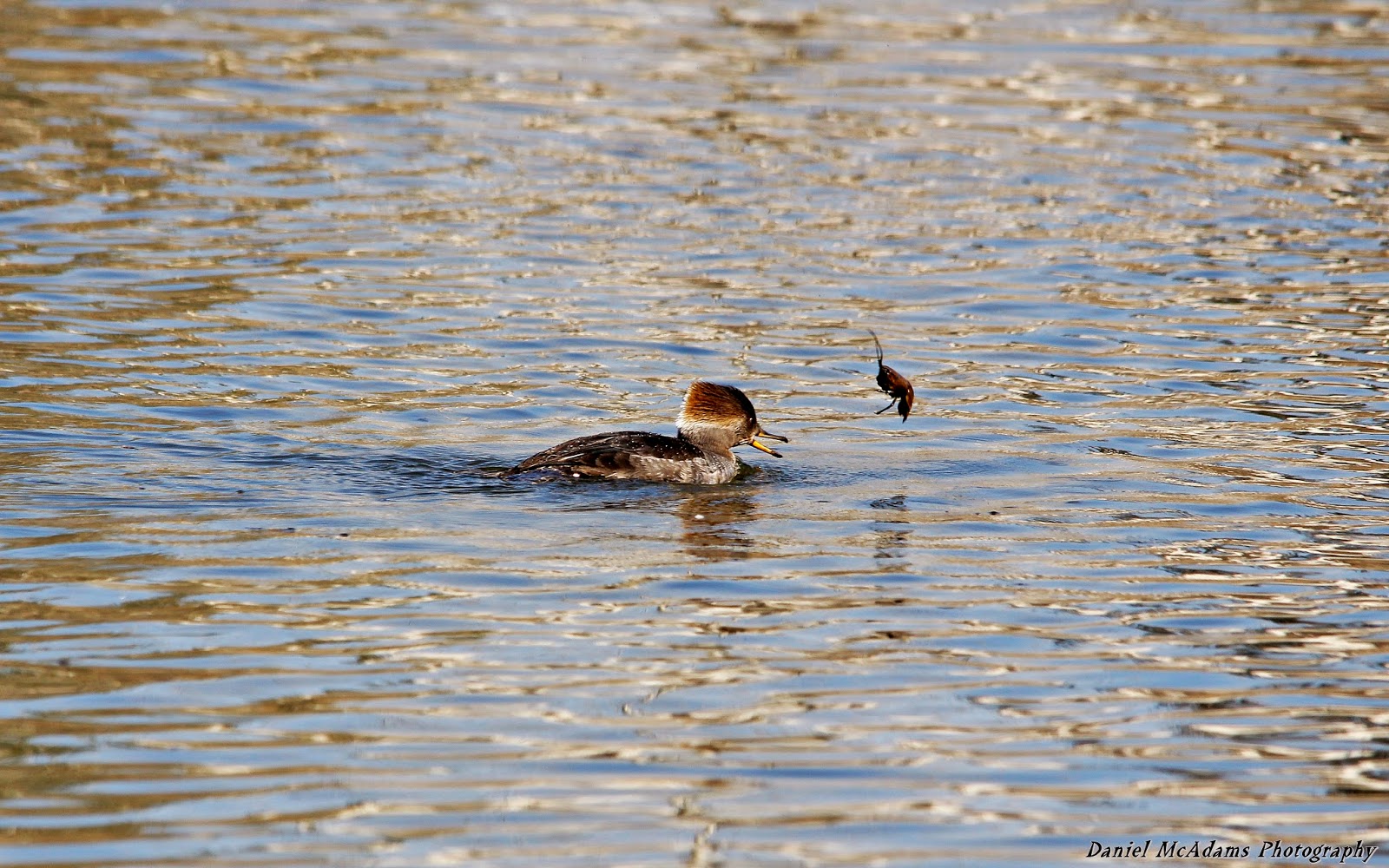 Playing with dinner. The Hooded Merganser tossing her prey. 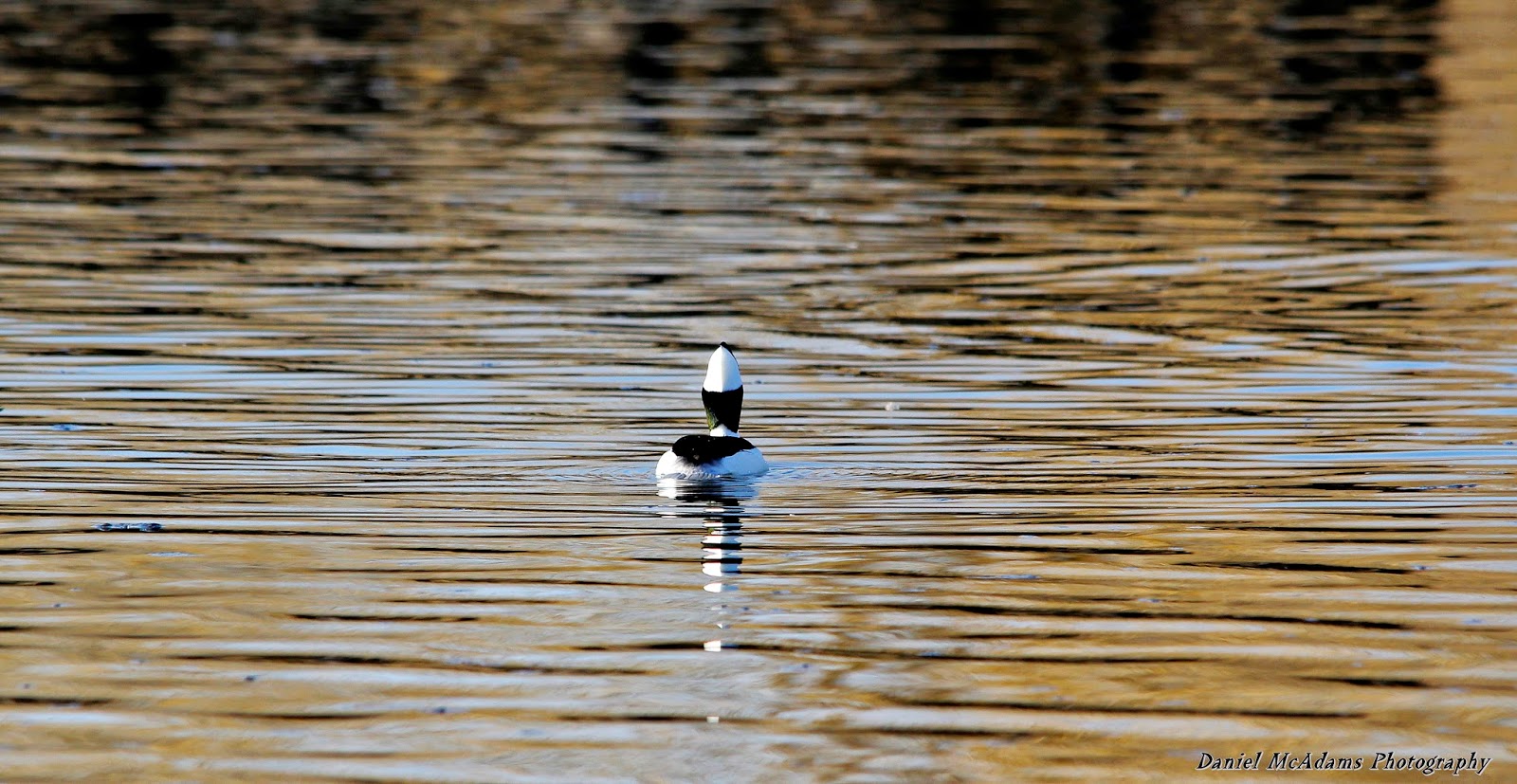 Back view of a Bufflehead. 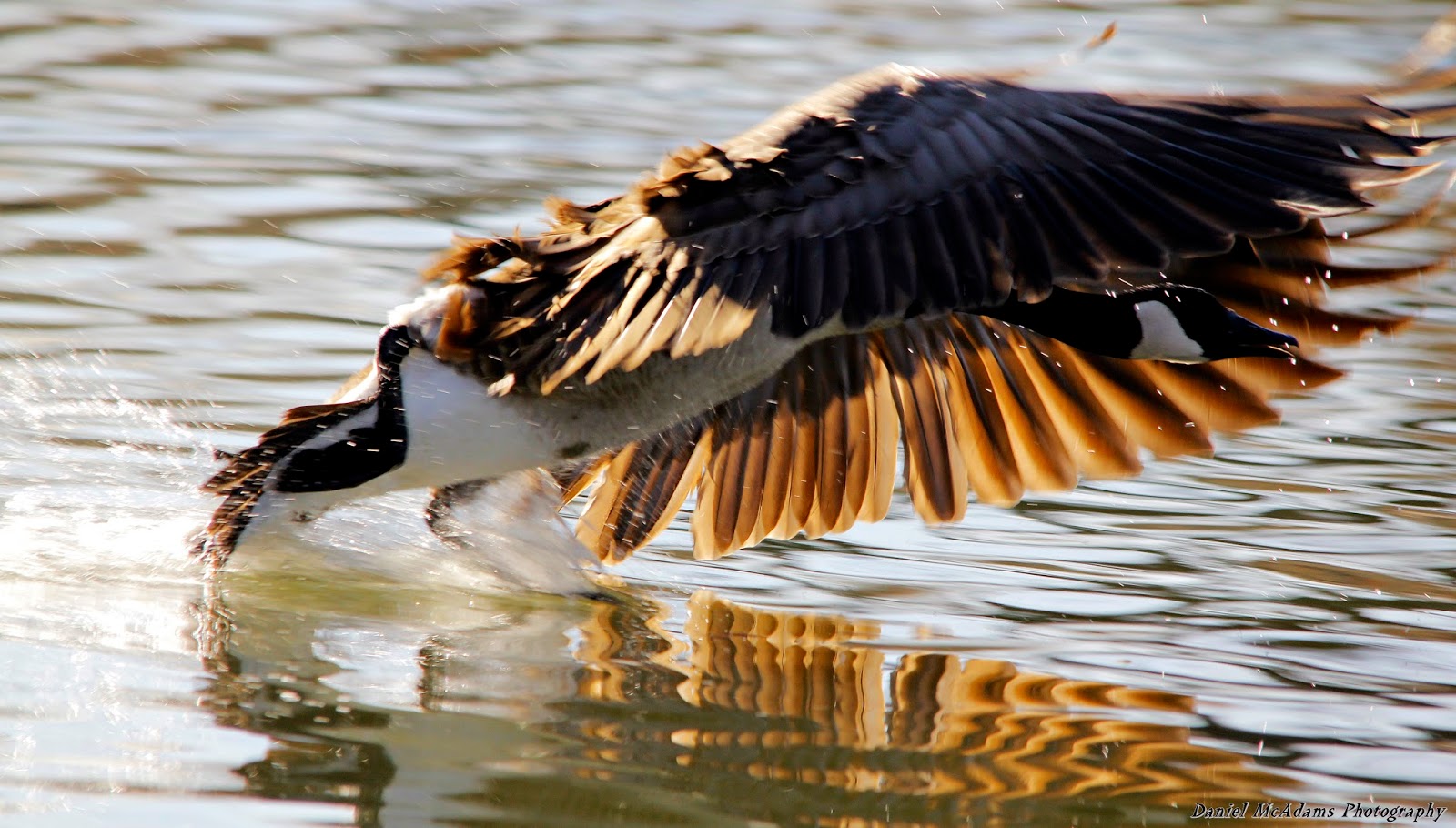 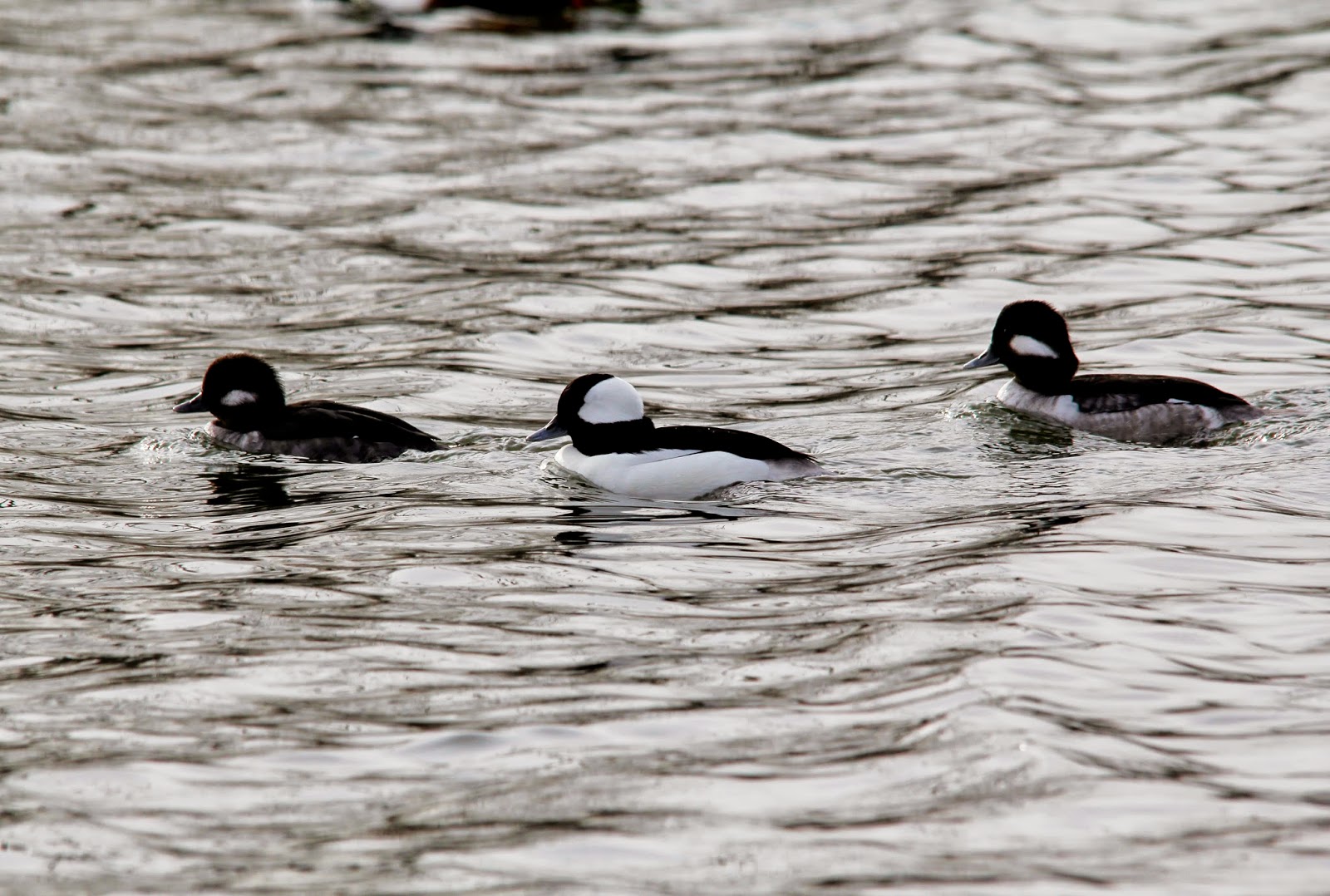 Buffleheads in a row. 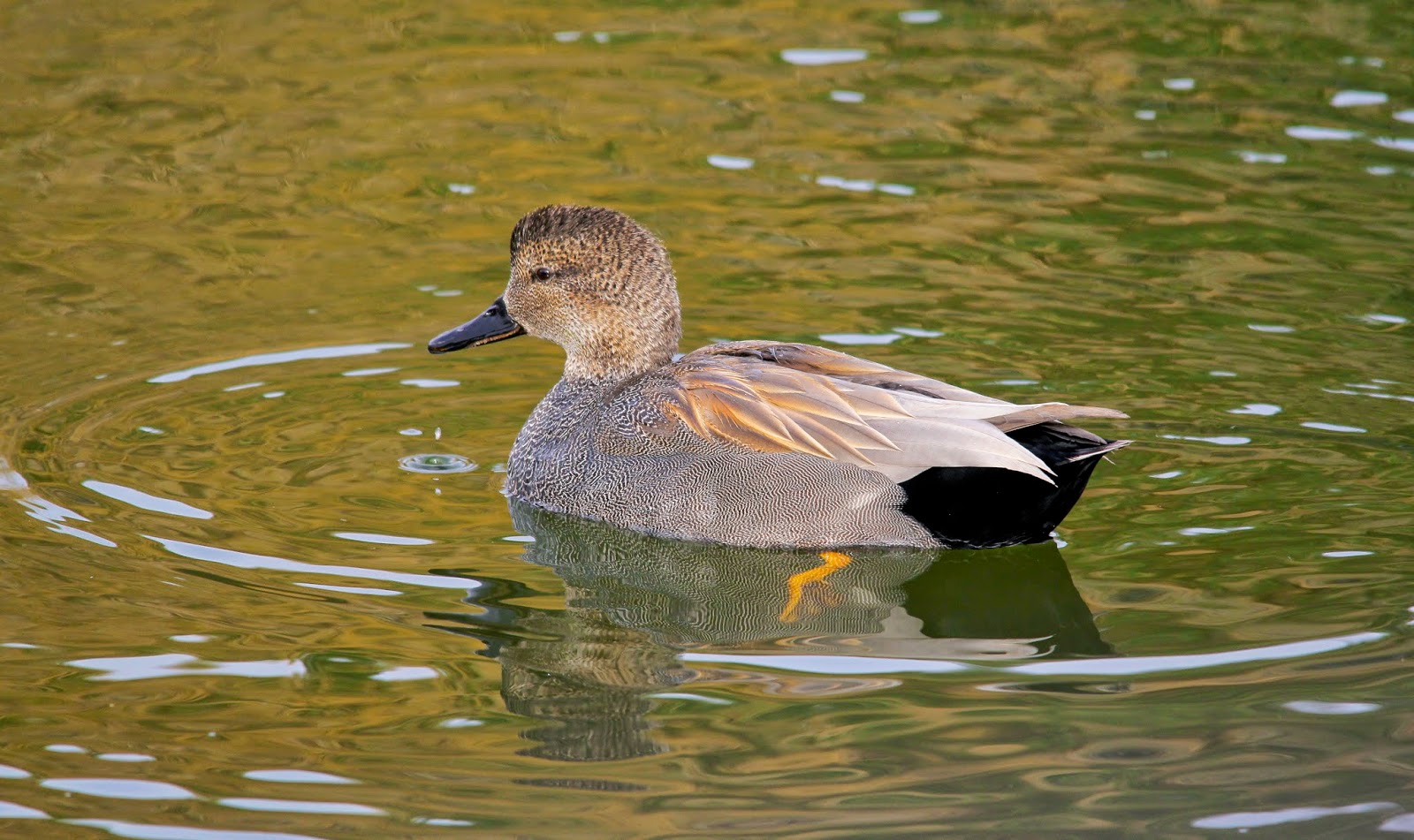 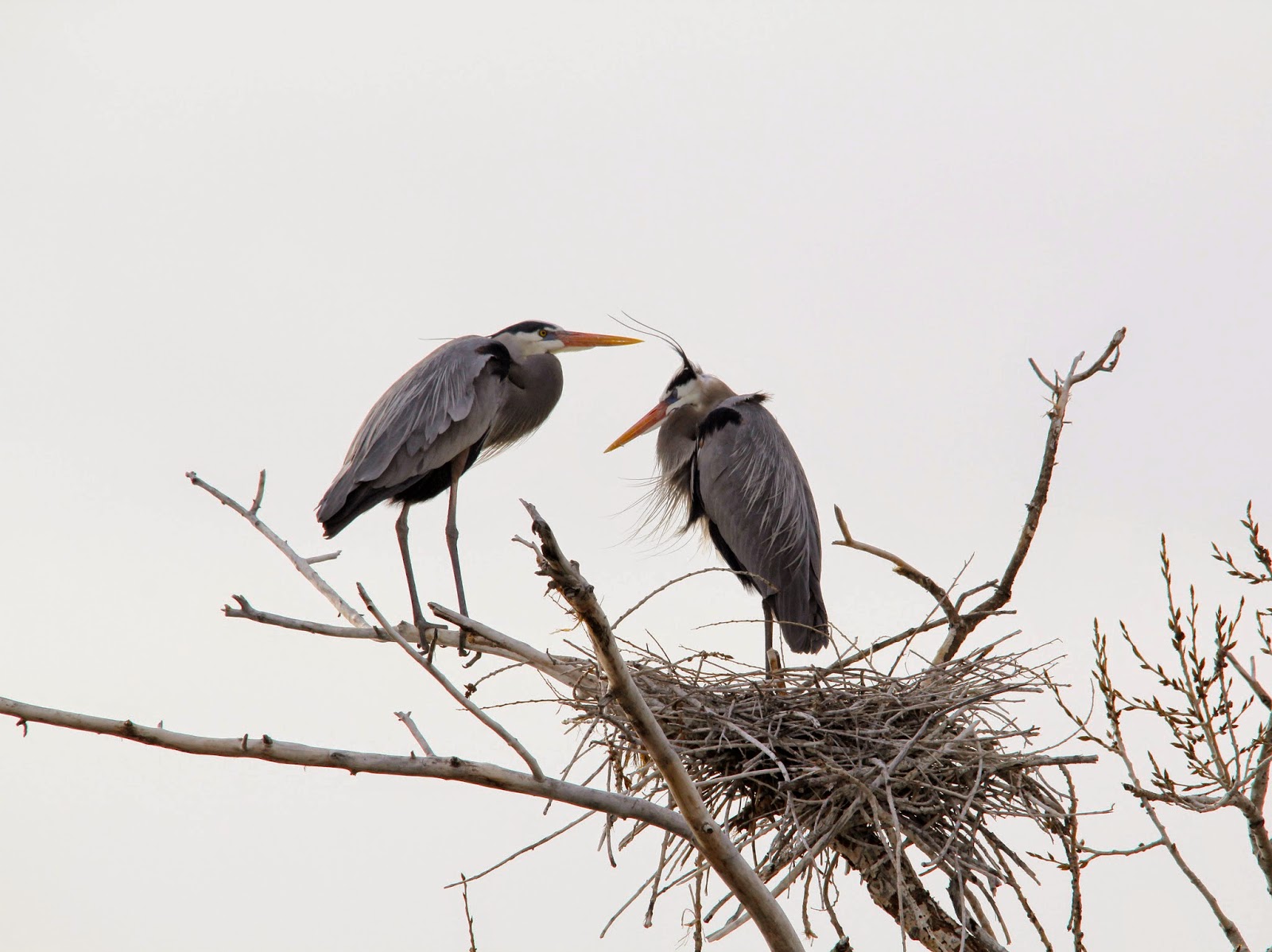 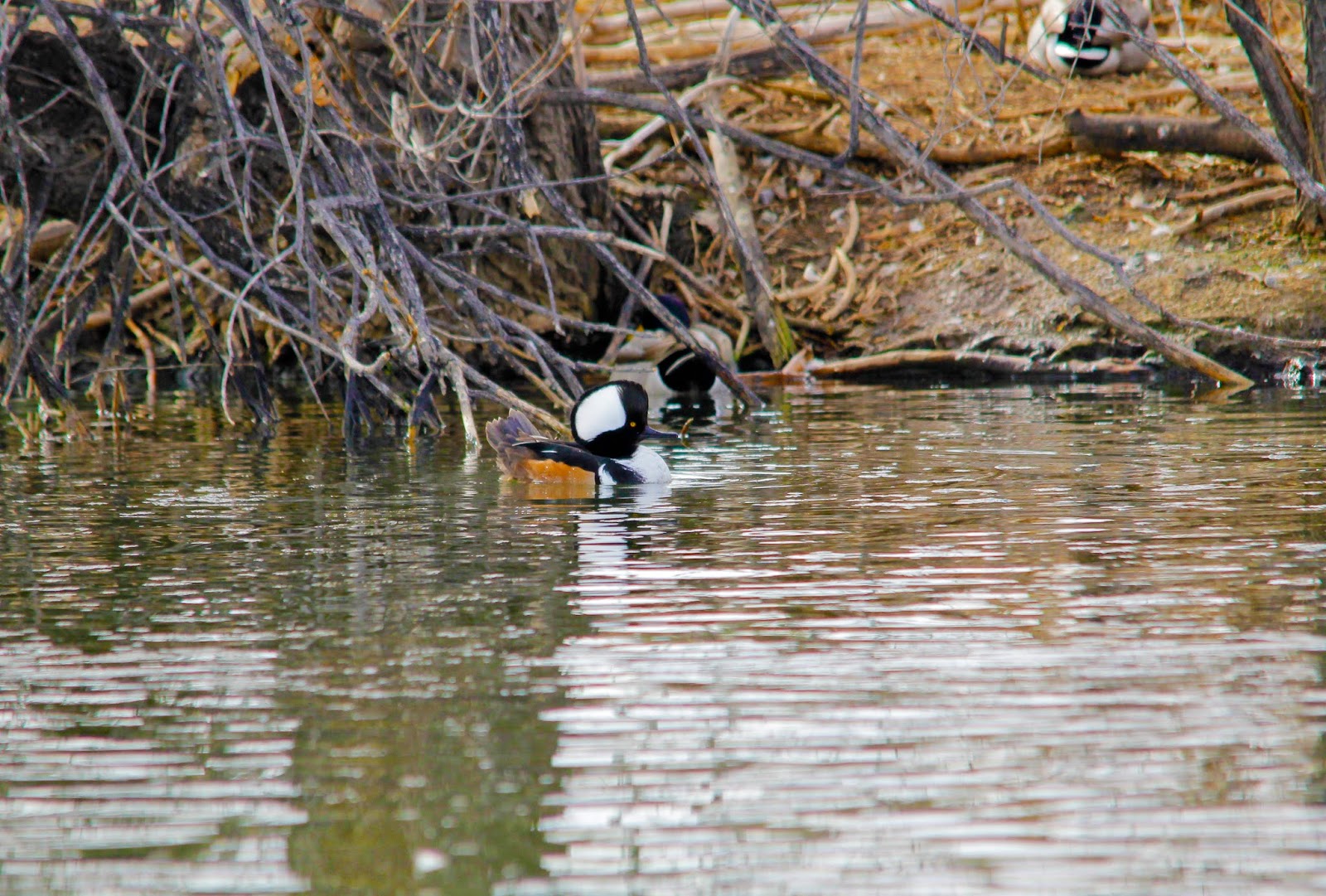 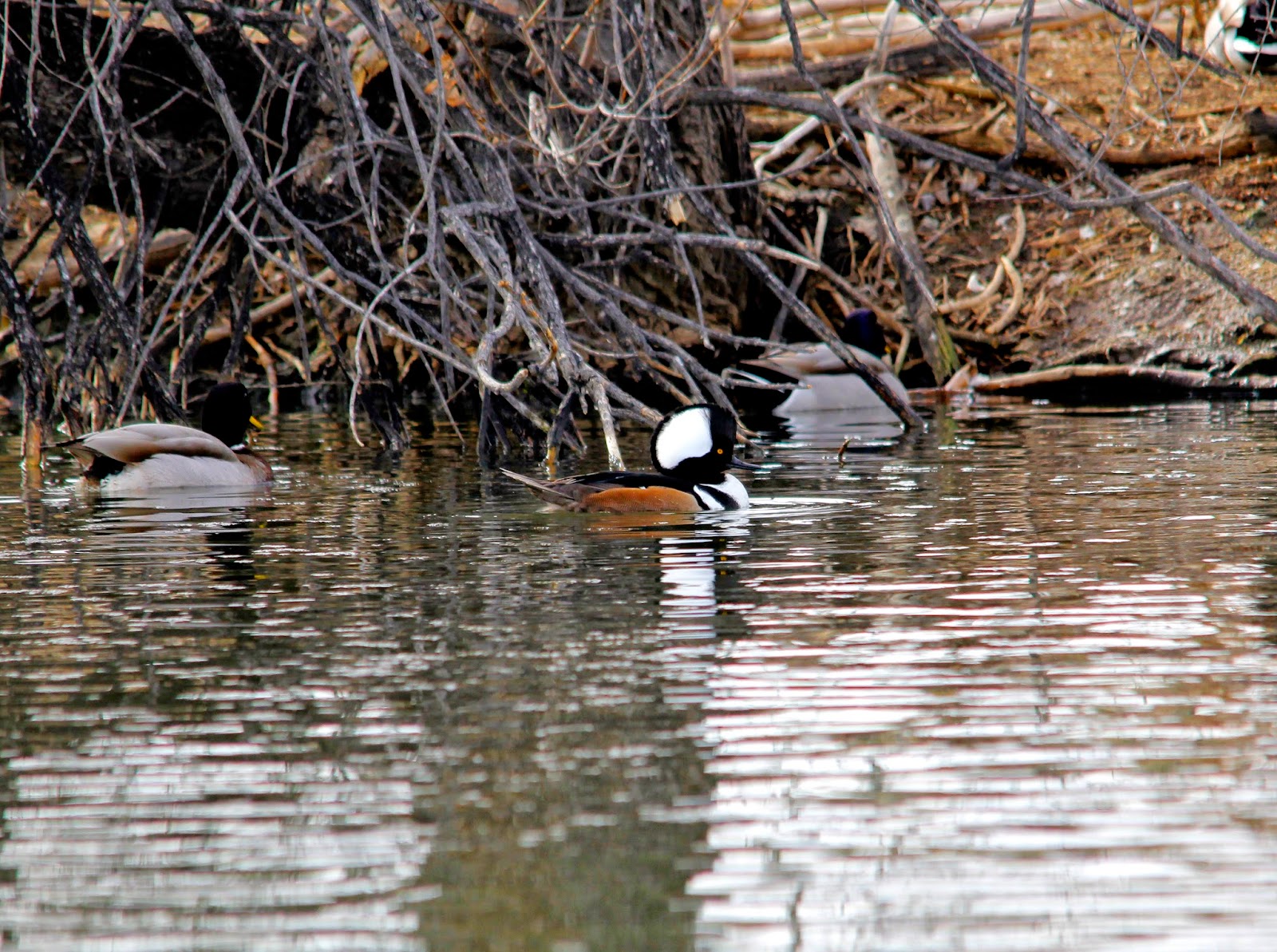 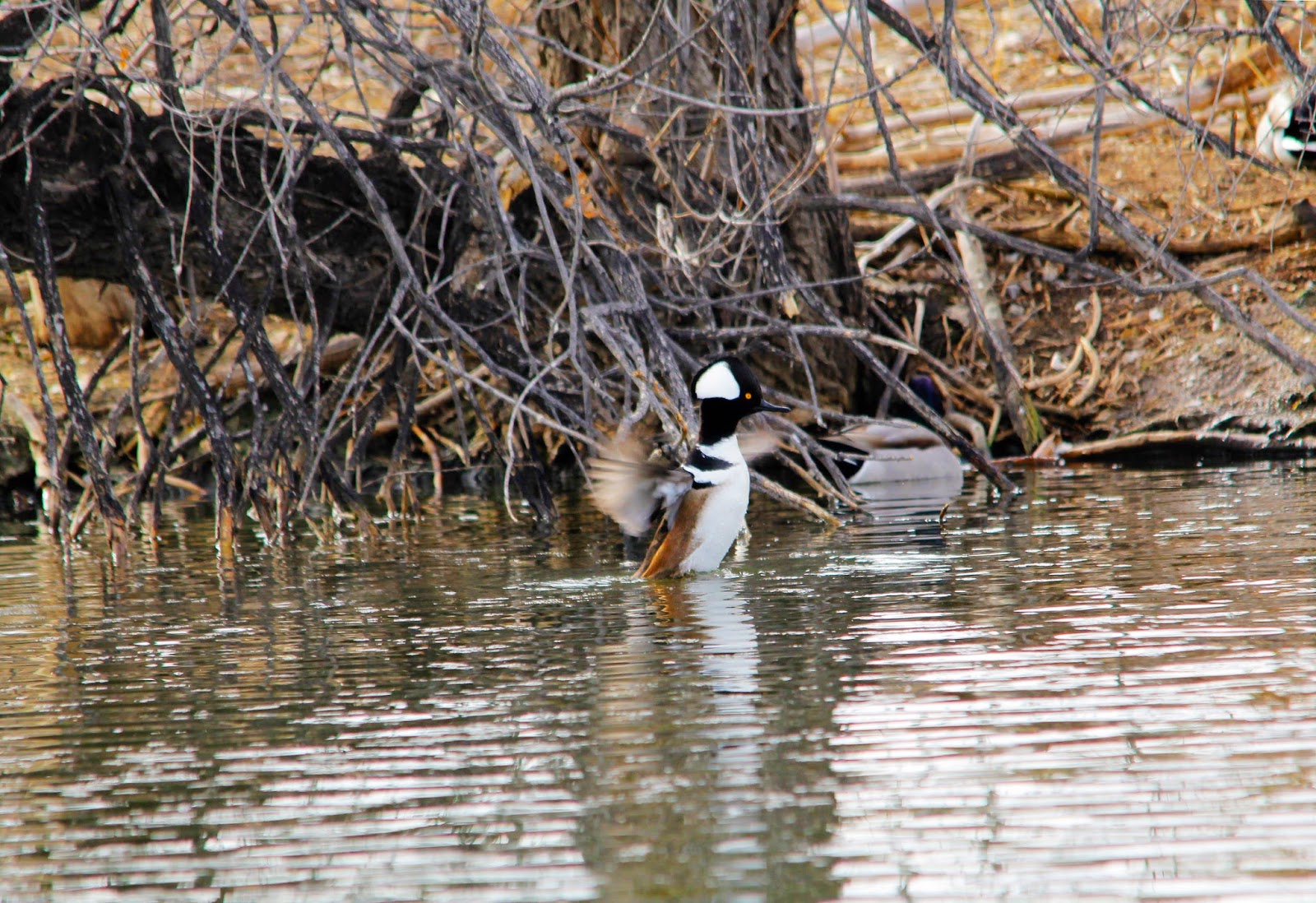 The male Hooded Merganser showing off. 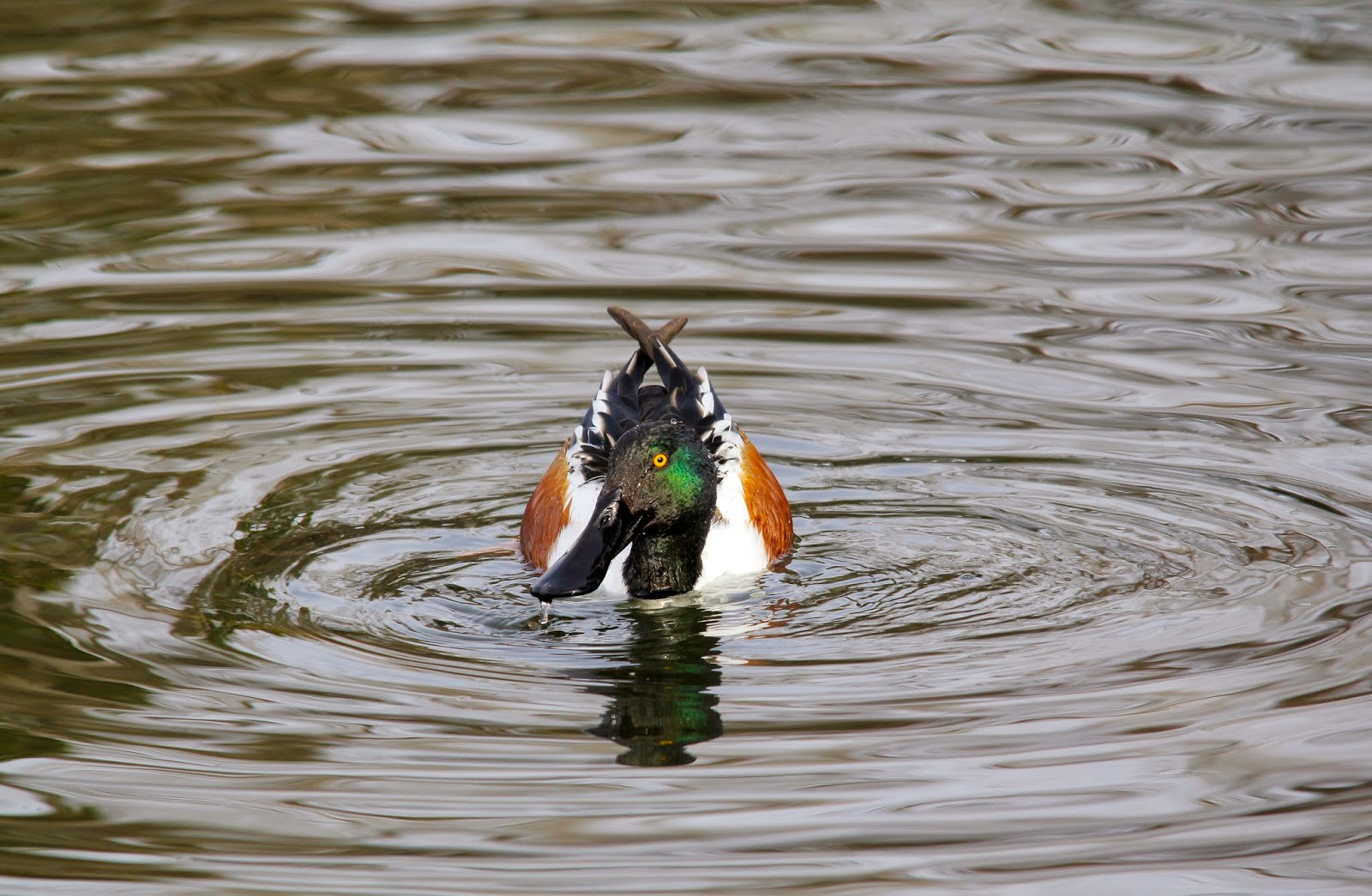 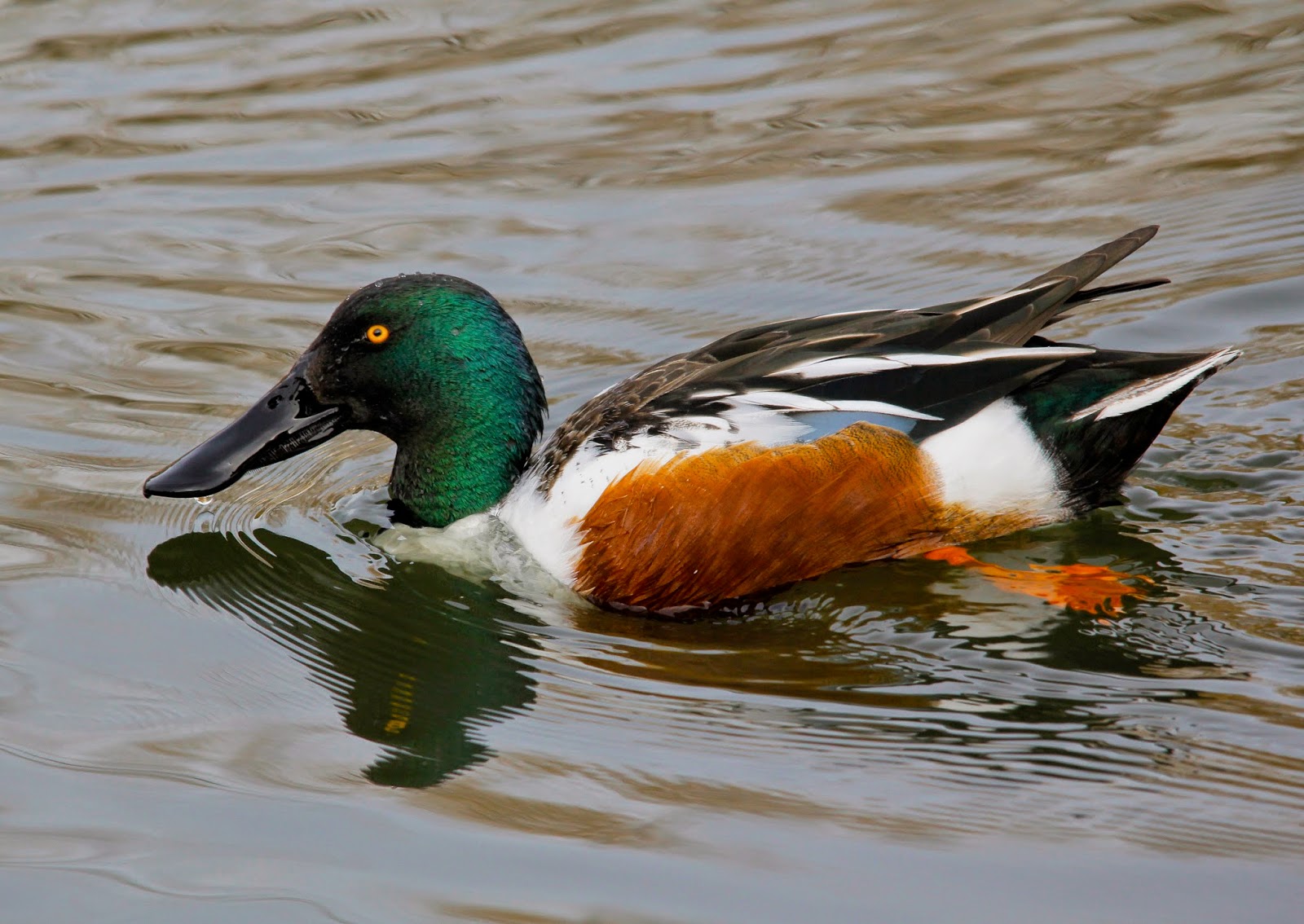 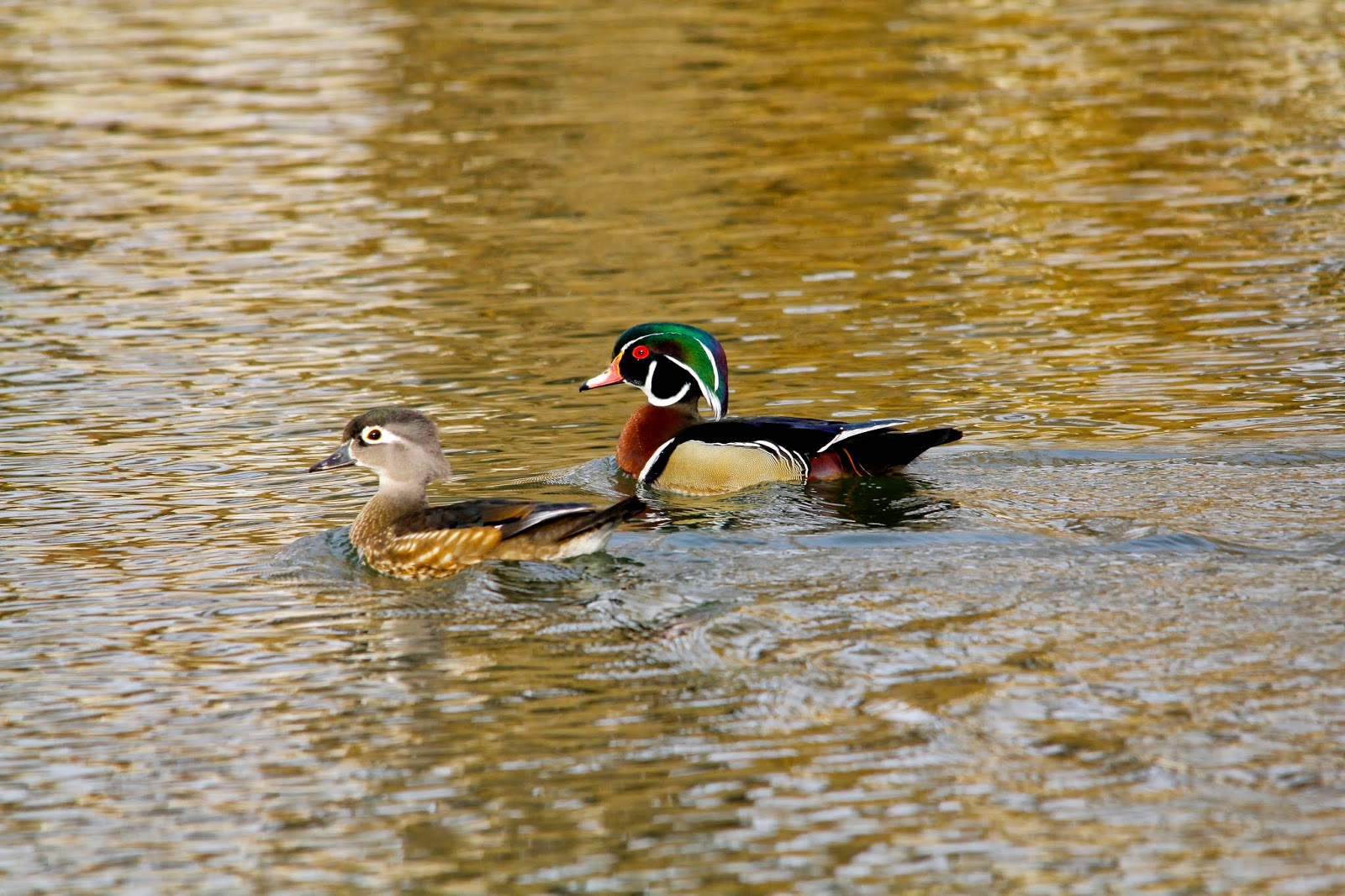 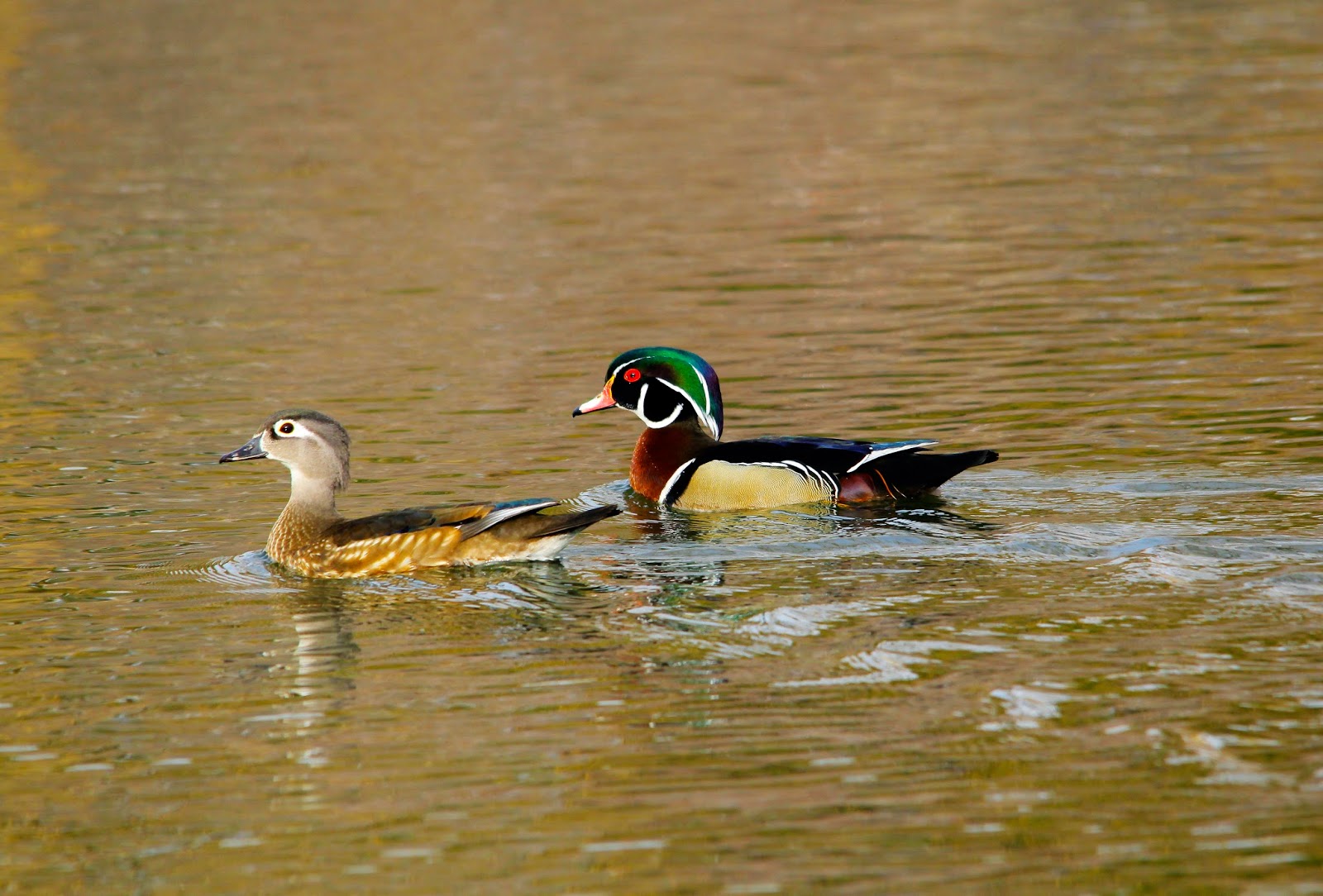 Wood Ducks. It is always a red letter day when these beautiful birds show up.

Posted by UnchartedSights at 3:33 PM

Me and my Canon 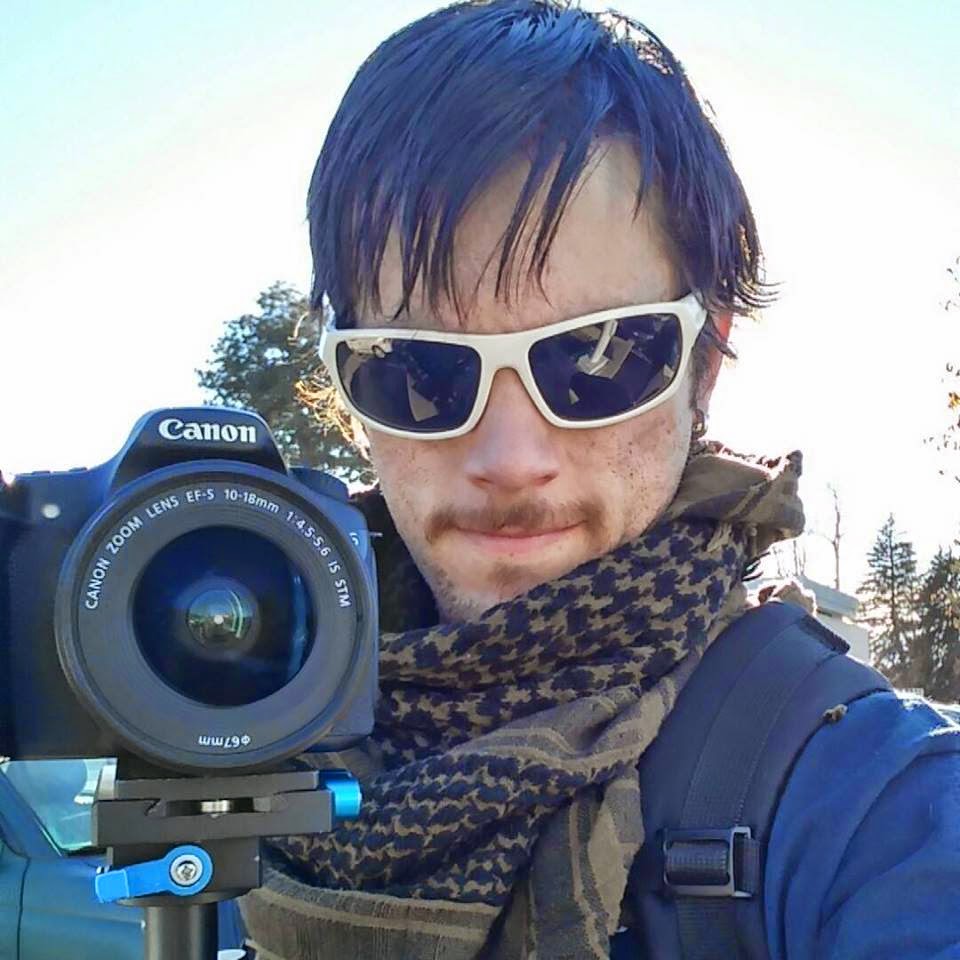 Tune in to Bird Talk on 710 KNUS every Saturday from 12pm-1pm Mountain Time with Dave and Scott Menough, owners of two Wild Birds Unlimited stores here in Colorado!